Bridge the Gap with a Silent Auction

Home / Fundraising / Bridge the Gap with a Silent Auction 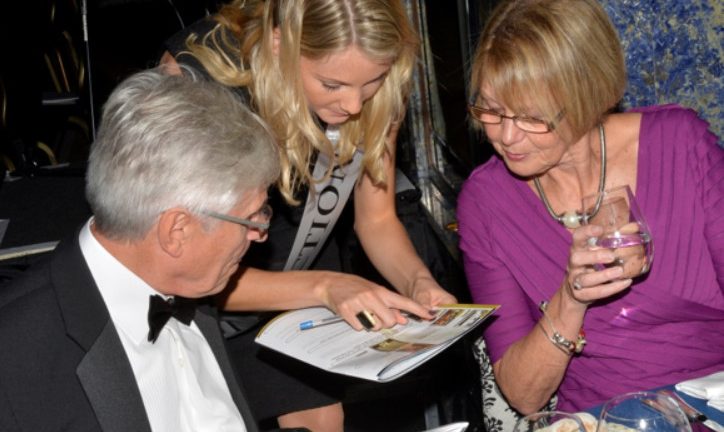 Bridge the Gap with a Silent Auction

Everyone at a charity event is different. Different personalities, interests, incomes, different preferences of how to donate their money. That’s why one of the most important elements of fundraising at charity events is the need to present guests with different ways to get involved in the fundraising. By neglecting to provide them with options, it will become harder to engage more guests and ultimately the charity revenue may suffer.

If you’re anything like me then being involved in a live auction is somewhat of a scary prospect due to fears of a bidding war spiralling out of control to the point of no return (but mostly because I’m from Yorkshire). I’ve often wondered what would happen if I returned home from a charity event to surprise my wife with a 14-night Golf Break in Portugal and a signed Only Fools and Horses Display. Safe to say I’d be keeping the dog company in the kitchen for at least a couple of nights.

But this attitude towards a live auction doesn’t apply to everyone. Live auctions are incredibly popular and highly effective at generating revenue at charity events. Generally speaking, you’ll find bidders in a live auction are confident and not fazed by the possibility of a bidding war against guests of a similar nature. When a live auction gets going it can be entertaining for all guests and with the right items on offer, can generate a fantastic amount of money for the charity.

However, the downside of a live auction is that only a set number of items can sell. You can’t use too many items as it will become increasingly difficult to hold the attention of the entire room. So in relation to the number of guests in attendance, generally there is a relatively low number of items that are sold, usually around 10.

If I was looking for ways to maximise the amount of money raised from an event, something that I would consider as a fundraiser or event manager would be; what about the other 95% of guests who were either outbid or don’t have the confidence to be involved in a live auction?

It’s important to consider that just because a guest does not want to bid in a live auction does not mean they don’t want to bid on luxury items. It simply means they’d rather be more discreet.

Using a silent auction will give the entire room an opportunity to discreetly bid on a range of luxury items and will allow guests to do it in their own time, without the pressure of an auctioneer.

Let’s be clear, I’m not knocking live auctions, I’m just saying I can guarantee there will be a bigger percentage of guests in the room who’d prefer to bid on items discreetly, rather than out loud.

What’s more, the silent auction can run in the background for a few hours whilst event proceedings continue, which means it doesn’t need a time slot. So contrary to popular belief, there is NO NEED TO ADJUST OTHER ACTIVITY TO INCLUDE A SILENT AUCTION. No, my CAPS button isn’t stuck – it’s just a very valid point. With a more relaxed and extended bidding process, guests can continue enjoying their evening without feeling forced to bid and they will have more time to read details of each item.

Some argue that including a raffle would the best way to engage the remaining guests. Yes, I’d agree that most guests would be happy to buy a strip of raffle tickets for £10, but that would limit the additional fundraising to an extra £10 per guest. Whereas the average donation to charity when guests bid on silent auction items is far higher (with the right items of course). A service that will raise more money but won’t interfere with the event, you say? Interesting…..

There is too much difference between a raffle and a live auction for them to be the only options. Only giving guests those two options will isolate a segment of the room who are willing to bid on items but just not in a ‘live environment’.

It comes back to one of my first points – you need to present guests with different ways to get involved with the fundraising because everyone is different. I’d never advise not to do a live auction, nor would I say neglect the raffle. But I would always advise that a silent auction is a must for any fundraising ball, dinner, lunch, awards night or general large congregation of people!

And the best part about it? You can have a silent auction at your event with a huge array of luxury items that will increase the money you raise….without paying a penny. Drop me an email for more information – will@impulsedecisions.com