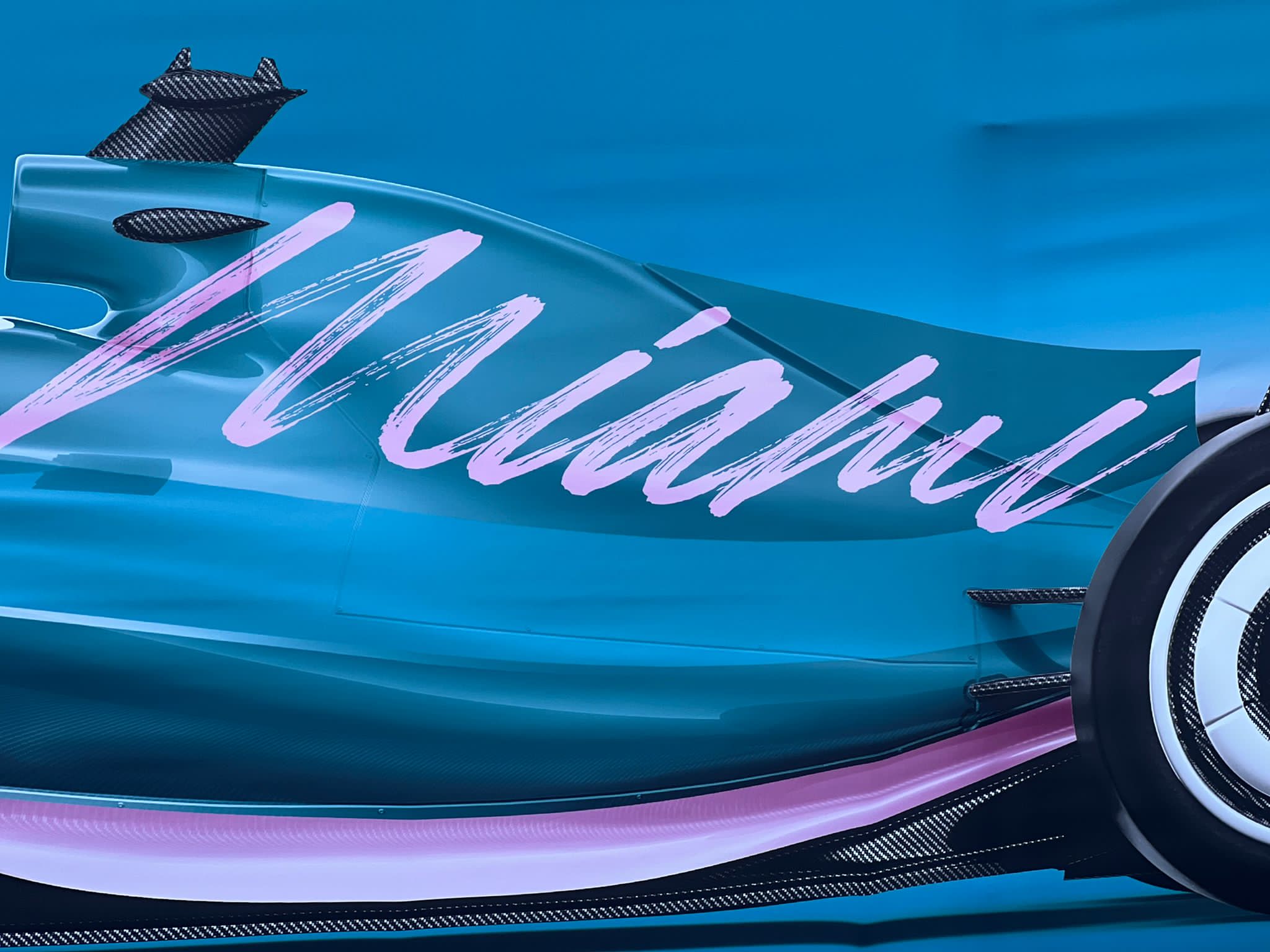 Earlier this month, we did a trip to Miami to check out the star-studded line up of the inaugural Miami Grand Prix, ready to plan for 2023.  It was the first edition of the event in Miami, and the fifth round of the 2022 Formula One World Championship. The Miami track was the 11th USA location to ever host a Formula 1 race and the tickets for the event were sold out during the pre-sale process due to the huge demand. This meant getting a ticket for the event was incredibly difficult, and we have to give a huge thank you for the ticketing team at the track for working with us to ensure we had great seats in Grandstand Turn 18.

Based at the home of the Miami Dolphins at the Hard Rock Stadium, the stadium is around a 45-minute drive or transfer from South Beach, Miami. Many ridesharing services were available such as Uber, Curb and Lyft. The track also ran complimentary coach shuttles from various park and ride locations around the city, as there are no Metro or Train service linked to the stadium.

The location itself is just the complete package – white sandy beaches, amazing food & drink, beautiful weather, a truly diverse city offering something for everyone!  As the home of glitz and glam, plus an amazing place to take in all the cultural influences that have developed the city into what it is today, with the Spanish and South American influences.

You are never far away from having an insightful conversation with a Miami resident with Columbian, Cuban or Venezuelan heritage. The city also offers amazing nightlife and dining options at nights clubs such as ‘Story’ as well as restaurants on Collins Avenue, a stone’s throw away from the beautiful white sandy beaches in South Beach.

So, to the event itself, a truly star-studded occasion attended by the likes of Michael Jordon (NBA), David Beckham (BPL), Tom Brady (NFL) to stars from music and screen such as one of the worlds leading DJ’s and producers Calvin Harris and Star Wars Film Director George Lucas. It was also a very family friendly event with families from all over the USA attending due to the increased demand in F1 due to the recent Netflix series ‘Drive to Survive’.

It literally was the full package from waking up in the morning looking out at palm trees and white sandy beaches to seeing F1 race cars at 300km per hour before breaking hard into Turn 18 on the track.

As it was the first race at the Hard Rock Stadium, many F1 fans will say the track requires some improvements to make it a truly spectacular race circuit. However, when this is done in the next year, it will really take the race and guest experience to the next level. There are some transportation issues that could be ironed out and again based on it only being the first year, I am sure they will make those improvements over the next 12 months in time for the Crypto.com Miami F1 race 2023!

Therefore, looking ahead to 2023, there are a number of things we will do to create the best package possible for our clients. With regards to the race, we would ensure that we booked pre-arranged transfers to and from the track. In relation to the whole trip, we would also add extra days to the package, because the City of Miami is so special. The Everglades and a trip to the Florida Keys is a Bucket List attraction and both locations are not far from Miami at all.  It is a long journey, so we want to offer as much as we can in the trip.

Miami has everything inclusive of amazing dining experiences to water sport activities. We also visited the amazing Wynwood Walls and Art region of the city to check out the Pop Art. This area of the city is a must see for any visitor, simply amazing! All suburbs are accessible by the Big Red Bus Tours for a cost of around $45 per person. Access to the Wynwood Walls Museum was $12 per person and worth every cent. We would also recommend Little Havana especially if you want to try a Cuban Cigar, a pretty cool suburb of the city that is mainly Spanish speaking. Throw in Calvin Harris at the Fountainebleau Hotel – that was also pretty spectacular!

We are really excited for 2023 to develop this experience and bring our valued clients to Miami to enjoy our Impulse Decisions experience. Interested? Register your interest with Tom Hesketh at tom@impulsedecisions.com